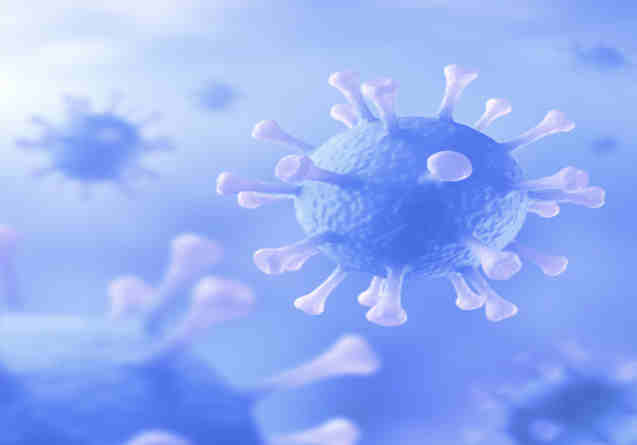 The occasional runny nose is a part of life, but the virus that causes the common cold is a triviality compared the monsters lurking at the edge of human civilization. Some viruses are like tiny assassins waiting for the opportunity to pounce and kill with excruciating pain.

Ebola, a hemorrhagic fever caused by Ebolavirus, is one of the deadliest infectious diseases ever discovered. The disease starts with flu-like symptoms, but after a few days the virus causes severe nausea, diarrhea, and sometimes bleeding from nose, mouth and eyes. In severe cases, the virus literally liquefies the internal organs of its host. The virus kills well over half of those it infects, and some strains of the disease kill more than 90 percent of its victims.

So far, scientists have only discovered Ebola outbreaks in small villages in Africa. The virus is extremely contagious, however, and could easily spread like wildfire around the world.

Marburg is, like Ebola, a viral hemorrhagic fever, meaning that it destroys small blood vessels causing internal and external bleeding in its victims. The virus first affected humans in the early 1960s, when German factory workers handled infected monkeys in the city of Marburg. The disease is rare, but it’s also extremely deadly. Mortality rates vary between 23 percent and 100 percent during some outbreaks.

Scientists and researchers continue to work towards a vaccine for Marburg, but so far they have made little progress.

By some estimates, Smallpox has killed more people than any other disease. Caused by the Variola virus, Smallpox gets its name from the disfiguring, fluid-filled blisters that cover its victims. The affliction emerged in human populations around 12,000 years ago and it has been destroying entire communities ever since. Some historians believe that Smallpox may have killed half of the indigenous populations of North and South America shortly after European colonization. According to the World Health Organization, it killed between 300 and 500 million people in 20th century.

Thanks to development of a vaccine, Smallpox no longer exists in nature. However, scientists at high-tech laboratories still study samples of the Variola virus.

Rabies attacks the brain and nervous system, causing severe neurological symptoms, paralysis, and eventually death. The first signs of the disease are twitches and tingling feelings in the fingers and toes as the virus creeps up the nervous system. As the infection advances, patients become irrational, angry, and terrified to water. Eventually, the illness destroys the nervous system and causes death by paralysis.

The horrifying disease usually infects humans after a bite or scratch from an infected animal, like a dog. For millennia, a rabies infection was equivalent to a death sentence. In fact, until the invention of a vaccine in 1885, there was not a single documented case of a person surviving the illness.

Even though the vaccine is extremely effective against the disease, it only works if it is administered shortly after infection. Once the virus starts causing symptoms, it’s too late. Today, rabies kills approximately 50,000 people every year.

In the modern ear, it’s easy to dismiss the flu as a minor inconvenience. Historically, though, the disease is one of the world’s most prolific killers. During the 1980 Spanish flu pandemic, the worst flu pandemic in recorded history, the virus infected almost 40 percent of the world’s population and killed a staggering 50 million people.

Influenza is still dangerous because it changes and adapts very quickly. Every year, researchers struggle to redesign their vaccines in a struggle to keep up with the virus.